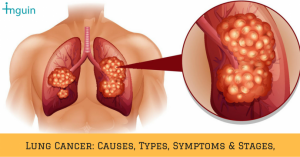 Lung cancer is the second most common cancer in the United States, with over 200,000 new diagnoses each year. It’s also the leading cause of cancer death each year. Though the largest contributing risk factor for this diagnosis is smoking, studies estimate that about 3 – 4% of lung cancer diagnoses are actually asbestos related.

Lung cancer is often associated with some sort of exposure to toxic substances. The vast majority of cases are caused by smoking, but the second leading cause is exposure to radon. Though not nearly as many cases have been linked to asbestos exposure, research has suggested that asbestos-related lung cancer is more prevalent than we realize.

Asbestos exposure often occurs in the workplace, but it can also occur at home as a result of construction projects or deteriorating asbestos products or through secondhand exposure. No amount of asbestos exposure is considered safe, though researchers note that the duration of exposure puts people at a higher lung cancer risk. Once the asbestos is inhaled, our body is unable to remove the toxin and the asbestos fibers can cause damage over time and develop into asbestos cancer.

All asbestos cancers and asbestos-related diseases take time to develop. The fibers cause health effects like inflammation and scarring over the course of a decade or longer. Asbestos-related lung cancer in particular has a latency period of 15 – 35 years on average.

When asbestos related, the symptoms that first present for lung cancer are largely the same as other asbestos diseases. Some of the differences between these asbestos cancers and how they may present can be attributed to where and how the tumors form. In mesothelioma, for instance, the tumors often create a sheath-like formation across the pleura and other impacted areas, as the cancer cells are known to grow and spread rather quickly. Lung cancer, however, often sees tumors form in more defined areas of the lung initially, though it is also known to be rather quick to spread and grow in the body.

Like mesothelioma, lung cancer associated with asbestos exposure may be difficult to detect early because of the long latency period and the often nonspecific symptoms that first show. These difficulties can lead to misdiagnosis, which ultimately delays treatment.

Diagnosis usually starts with an imaging scan, like an X-Ray or CT scan which can show any abnormalities with the lungs. The X-Ray may show any masses or nodules in the lung, while a CT scan may be a next step to have more refined imaging of lesions in the lungs that may not appear in an X-Ray.

After initial scans, your doctor may perform a sputum cytology if applicable, a test that will look at the cells of sputum (mucus from the respiratory tract that usually implies infection or disease). For patients producing and coughing up sputum, the sample may reveal cancerous cells. Some patients who show a fluid build up in the lungs (pleural effusion) may also undergo thoracentesis, which takes a sample of the fluid to test for lung cancer cells.

A biopsy or tissue sample will generally be required to confirm the lung cancer diagnosis. There are a number of procedures your doctor can use to get the sample depending on what part of the lung shows signs of cancer. One of the more common procedures is a bronchoscopy, which can be used for examining tumors or blockages in the larger airways. With this procedure, a tube is passed through the mouth or nose into the windpipe to the bronchi, and smaller instruments can then be used to collect tissue and cell samples.

Once the diagnosis is confirmed, your doctor may run some other tests to determine the stage or extent of the cancer to better develop a treatment plan.