Having health insurance is one of the best ways to safeguard the finances while availing of medical treatment. A family health insurance secures you and your family in the event of an unpredicted illness or an accident. These days’ medical bills and medication has become highly expensive and is unaffordable for most people to pay. In this case, it can be turned into a sigh of relief if you have already purchased health insurance. Though one obtains a guaranteed health insurance claim, the chances are that the same claim might get refused due to some reason you were not familiar with. By being sure of certain things and criteria, you can put away your claim rejection anxiety. 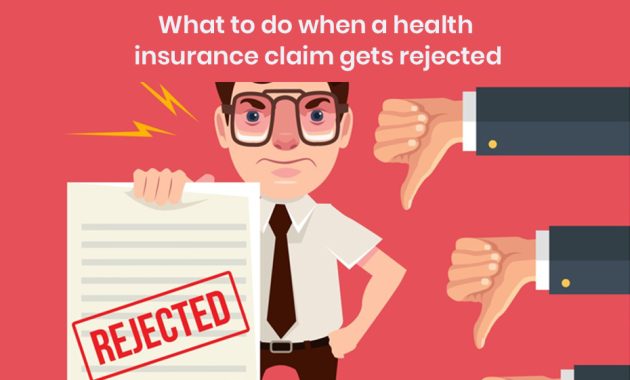 Here we will look at the reasons why health insurance claim gets rejected or refused.

Misinformation in the claim process

Wrong information can lead to claim rejection. It is mandatory to input accurate details in the application form in order to make all the terms in the agreement retained while filing a claim. Be it an genuine mistake like a spelling mistake or a purposeful attempt to hide the information like age, annual income, lifestyle, or family health details will lead to a mere rejection of the policy’s claim and termination. Usually, the sum insured is based on the annual income, and providing incorrect income details to get a higher sum insured can also lead to refusal of the claim.

Each health insurance policies have a specific time period. It expires after a specific period, depending on the criteria’s that you have agreed on. If you make a claim after the policy has expired, then your claim is highly bound to be rejected. Make sure you always claim a policy before the expiration date and keep on paying your premiums on time before your policy expires, and renew the health insurance policies on time.

There are certain conditions other than pre-existing illnesses under which you are not liable to assert health insurance. These conditions are also called insurance exclusions. Policyholders often miss out on reading the terms and conditions that clearly specifies that an injury caused while being drunk or doing adventurous stunts will not be covered in the policy. One must always tally such exclusions beforehand from the insurance provider.

There are some people who take a month or week time before renewing the policy, and during this phase, if the policyholder gets ill and then claims for the policy, then it is more likely to get rejected. So, even if one is admitted just a day later, his/her insurance will not be counted. That’s why it is much important to renew the policy before the deadline to avoid such consequences.